We’ve been tracking all of the third-party Disney Springs restaurant reopenings as they are announced for May 20, and while we were initially excited at the prospect of making reservations for June 1 and later, My Disney Experience has pulled all availability online and on the app, and informed guests with reservations that they have been cancelled.

Currently, restaurant reservations for the May 20 phased reopening are only available on OpenTable. Earlier this week, guests could book dining reservations directly via My Disney Experience for June 1 and later: 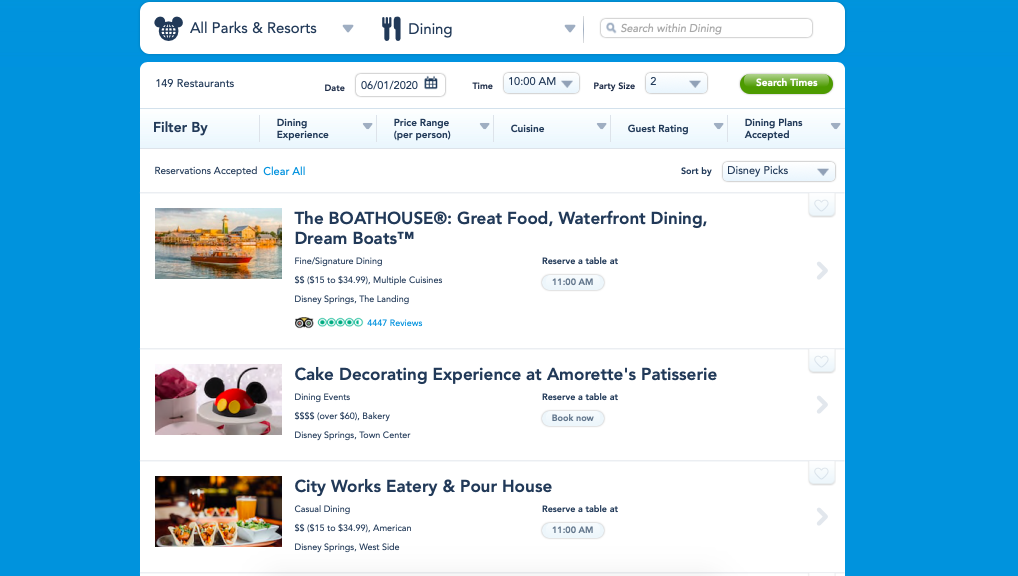 Now those same reservations have been pulled from the system: 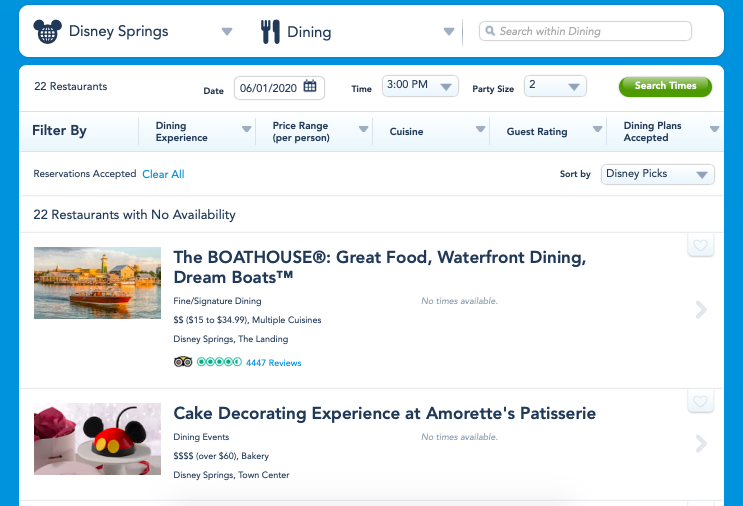 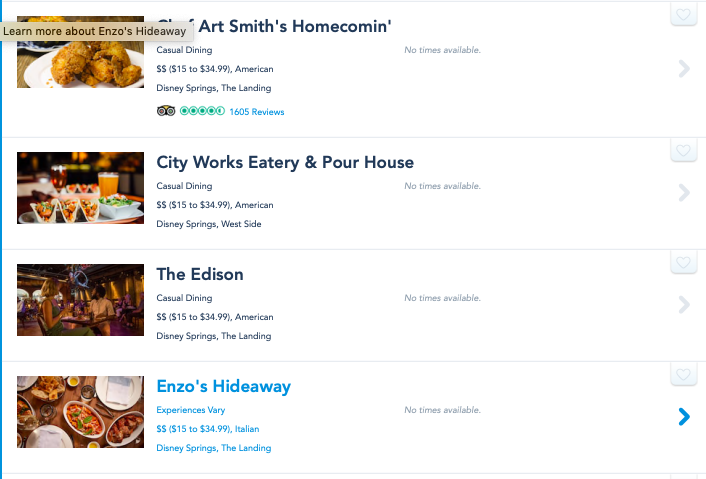 Yesterday, it was announced that Disney-owned shops and eateries would reopen on May 27, however it seems they may still need to tweak the system to allow for limited capacity reservations. Other third-party restaurants, like Jaleo, have yet to announce a reopening date at all.

Starting July 1, dining reservations are open for nearly all restaurants on property. Walt Disney World Resort is currently only taking bookings for July 1st onward, with June reservations to be potentially cancelled on a week-by-week basis––in fact, the first week of June has already seen a wave of cancellations.

Restaurants reopening at Disney Springs on May 20 include Chicken Guy!, The Polite Pig, Wolfgang Puck Bar and Grill,  STK Orlando and Wine Bar George, which recently released a set of health and safety guidelines the restaurant would be adhering to during the phased reopening. This includes the use of digital menus and hand washing/sanitizing stations for employees and guests. You can read all of the guidelines here.

Will you be heading to Disney Springs next week for the phased reopening? Let us know in the comments.

Next
Chicken Guy! at Disney Springs Reopening on May 20