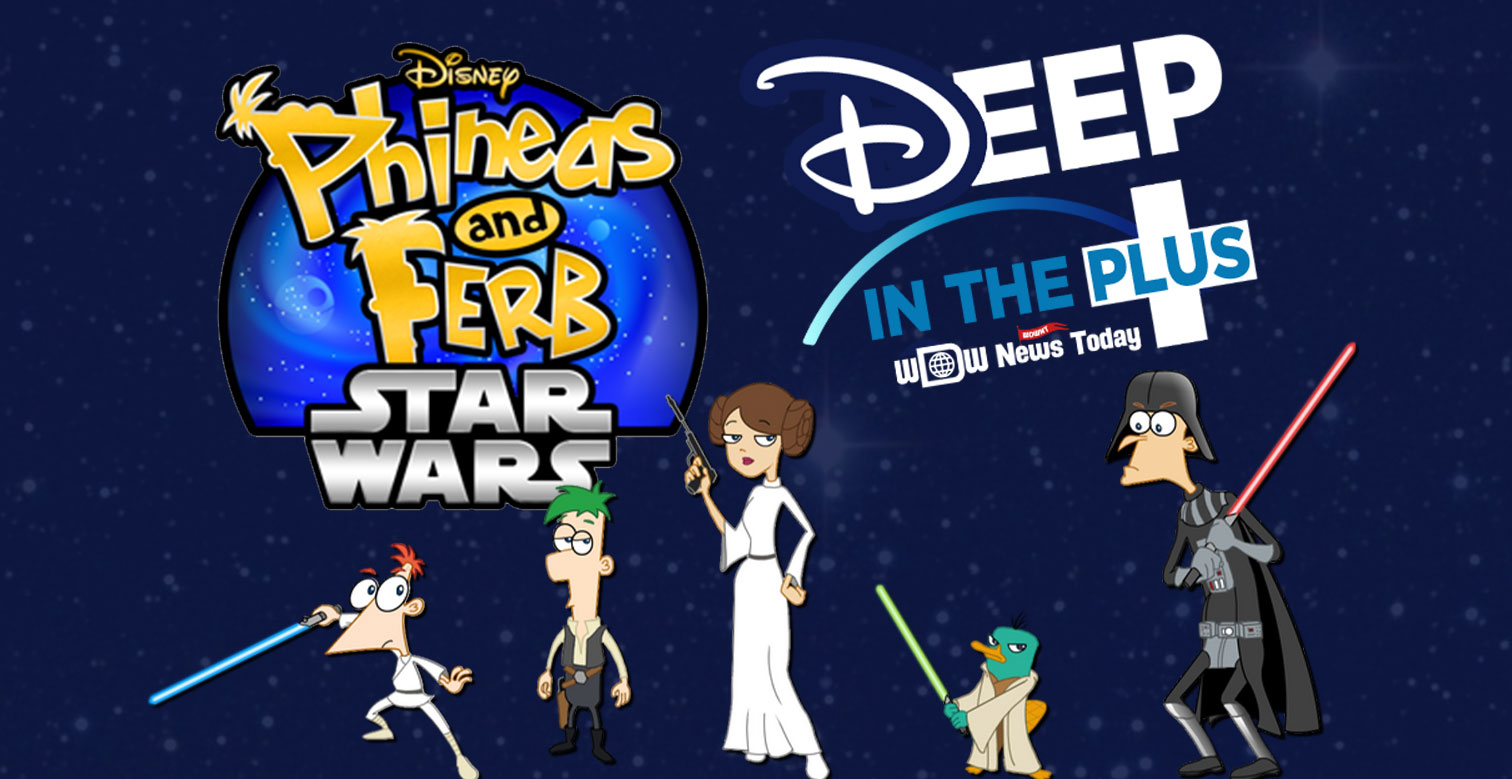 Welcome to Episode 14 of the Deep in the Plus Saga…

Here’s where we go into the Disney+ catalog and take an in-depth look at some of the movies and TV shows that you haven’t gotten around to yet, and we break them down to see if they’re worth your time.

This week, in honor of May the 4th and Revenge of the Fifth – It’s Phineas and Ferb: Star Wars!

Our friends Phineas and Ferb are living happily on Tatooine, just one moisture farm over from Luke Skywalker. They love simply hanging out and creating new adventures under the twin suns, however, they find themselves thrust into a global rebellion when the plans for blowing up the Death Star accidentally fall into their hands.

So let’s join the boys, their sister Candace, Perry, Dr. D, and the rest of the gang as they do Star Wars! And May the Force be with you, because we’re going… Deep in the Plus! 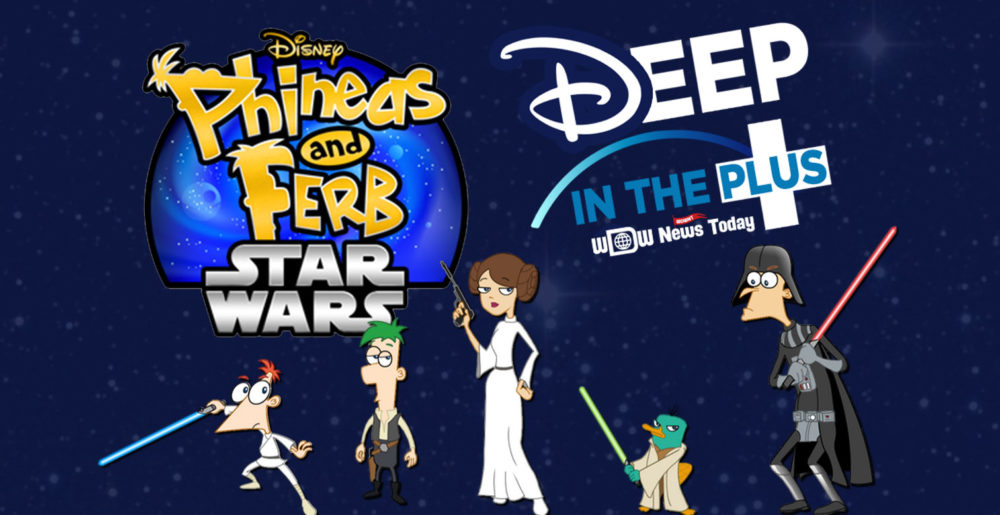 This was originally delivered as two separate episode of the “Phineas and Ferb” series, but Disney+ has made it one show and put it out as a combined special for your convenience!

What’s unique about this Star Wars parody is that instead of casting the characters in the roles of Luke, Han, Leia, and crew, this story happens alongside of the events of Star Wars: Episode IV – A New Hope! As a matter of fact, it’s very similar to the Timon and Pumba 2004 straight-to-video movie: The Lion King ​1 1⁄2.

So, is this Star Wars episode of “Phineas and Ferb” worth your time? Watch our show and decide for yourself. Do you agree with our thoughts?

Our review of Phineas and Ferb: Star Wars is the 14th episode of Deep in the Plus! Make sure to go check out our previous episodes reviewing the back catalog of Disney content on the Disney+ streaming network:

Next-Gen Storytelling May Use Disney+ to Bring Theme Park Experiences to Your HomeSeptember 14, 2022
'The Marvels' and 'Ant-Man and the Wasp: Quantumania' Switch 2023 Release DatesApril 30, 2022
New TRON: Identity Mystery Game Launching in 2023September 9, 2022

1 thought on “DISNEY+ REVIEW: Disney’s “Phineas and Ferb: Star Wars” on Deep in the Plus”