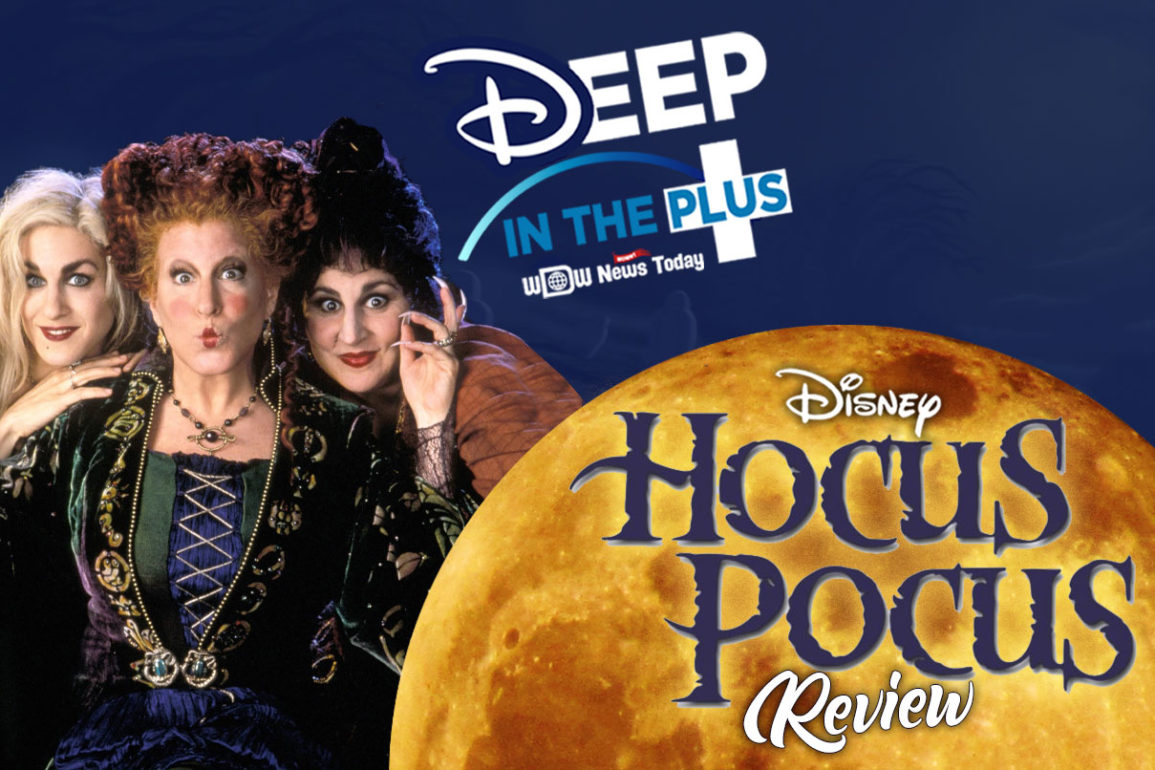 DISNEY+ REVIEW: “Hocus Pocus” on Deep in the Plus

Creep into the Deep!

Each week, we pull a different movie or TV show from the Disney+ vault and tell you the history, the details, give our review, and tell you if it’s worth your time.

And now, we’re back every Tuesday night at 9:00 PM (ET) for a new episode! Or catch us anytime on YouTube.com/wdwnt.

The Sanderson sisters are 3 witches that steal children and take their life force to stay young. When caught by the townspeople of Salem in 1693, they are executed, but swear to return.

300 years later, people tell the story of the sisters and how if you light a magic candle on Halloween, they can return. A new-to-town teenage boy Max, to prove he doesn’t believe in folk tales, lights the candle and brings them back.

Now Max, his friend Allison, and his little sister Dani must work with an enchanted cat to stop the Sanderson’s evil plan to take all the children and to become immortal!

So speak the magic words and cast the spell that will take you… Deep in the Plus!

This family fun Halloween movie is a must-watch for so many people, yet was a disappointment at the box office. As a matter of fact, it was actually released in July of 1993. Whose idea was that?

This movie was also Director Kenny Ortega’s follow-up to the 1992 movie Newsies, which also didn’t do well at the box office, but yet years later is also a fan favorite.

Is this your go-to movie for the Halloween season? If so, tell us why. If not, should it be? Watch our little show and find out!

You can click on the video below to see our full review of Hocus Pocus!

If you’re looking for more reviews from us on Deep in the Plus, make sure to go check out our previous episodes reviewing the back catalog of Disney content on the Disney+ streaming network:

Next
Disney+ Updates Content Advisory with More Direct Language, Stating “These Stereotypes Were Wrong Then and are Wrong Now”