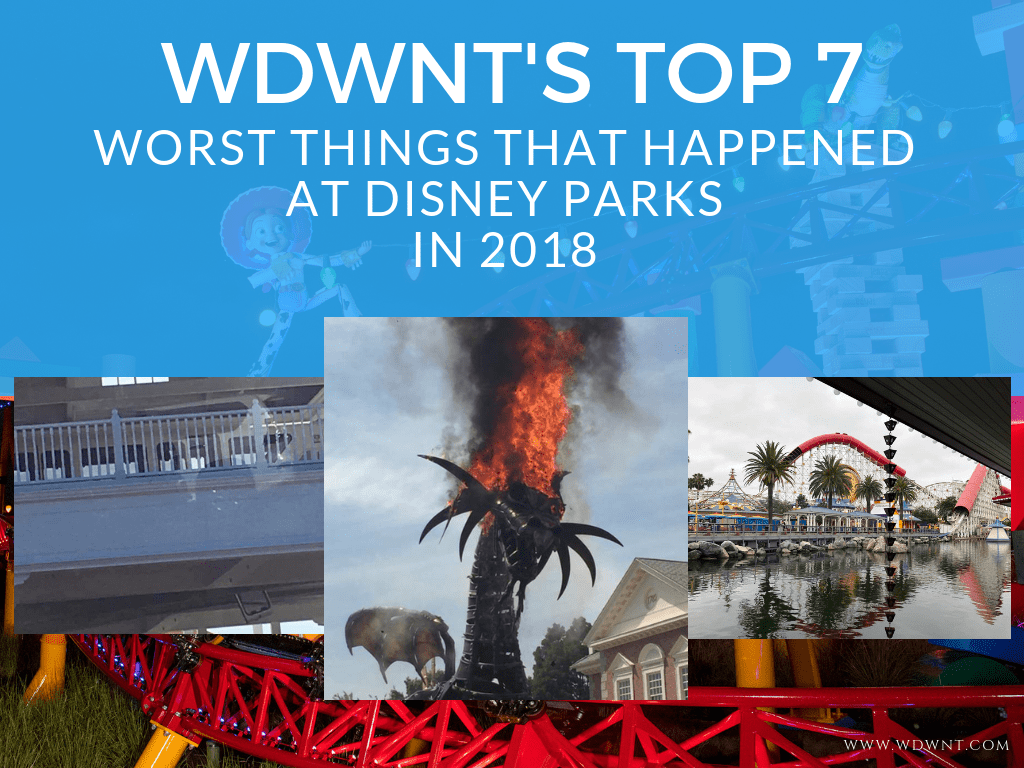 While we already listed the 7 best things that happened in 2018 at Disney Parks, it was undoubtedly a rough year. While we left 2017 excited about what’s to come, 2018 leaves us with a lot of questions about the future. Maintenance woes, lackluster reception to the year’s biggest projects, and a slew of budgetary cuts to entertainment ravaged most of the year, leaving many fans with a bitter taste in their mouths. Let’s see what went wrong in 2018…

Be sure to read more about each of them by clicking their titles, where applicable.

Maleficent was set ablaze and Santa Claus was ejected from his sleigh this year, in front of thousands of guests during daily Disney Parks parades. Thankfully no one was injured in either incident, but why are these types of things becoming more frequent? 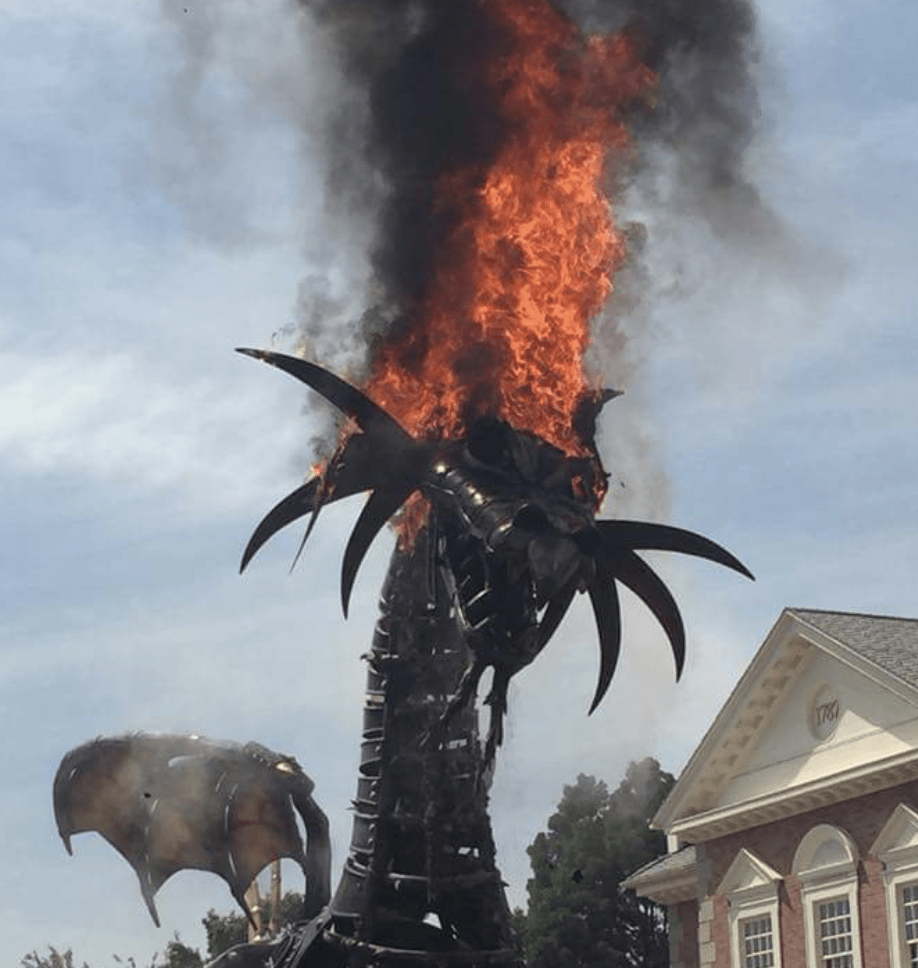 Santa has returned to his sleigh, but Maleficent as a dragon remains missing. Rumor has it that it failed an initial test necessary to make its return to the Festival of Fantasy Parade, but it should still be back soon.

Budget cuts hit the entertainment departments hard at the U.S. Disney Parks in 2018. Here’s a list of all that was lost:

On the flip side, not much was added other than the Utility Suit on Pandora: The World of Avatar and the Pixarmonic Orchestra at Disney California Adventure. Jack Sparrow does now conduct meet and greets on his former stage at the Magic Kingdom.

In the last few years, I can’t think of many projects that were completed on time, but it seems to be getting worse. First off, think of every new restaurant at Disney Springs and the original date they were announced to open. Not one (to the best of my recollection) hit a target set. As we speak, Jaleo has missed their announced 2018 opening. 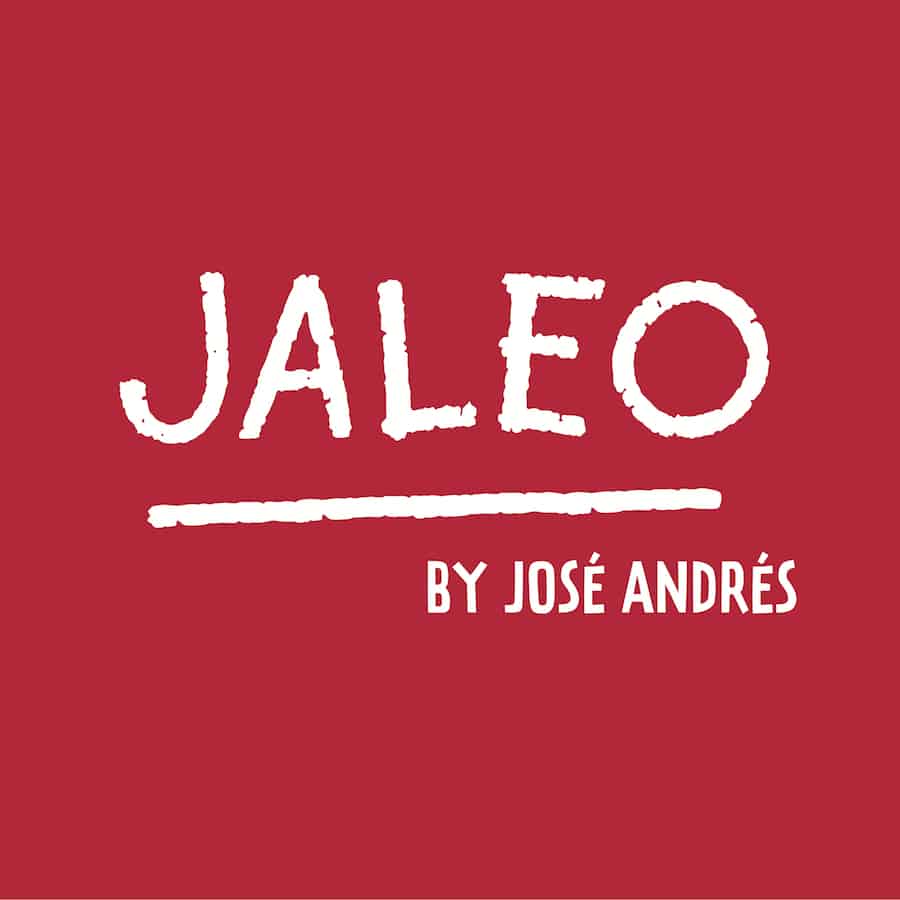 Things haven’t been any better at the parks either. Toy Story Land slipped past the opening window set for it, causing the internal cancellation of annual passholder previews, D23 previews, and such. Instead, passholders were offered insanely early windows where they could come in months after the land had already opened, if they could get the online registration system to work, that is. Let’s also not forget that Star Wars: Galaxy’s Edge will open months later at Walt Disney World than it will at Disneyland. This wasn’t done by design.

In the realm of refurbishments, Phantom Manor at Disneyland Paris has slipped well into 2019 now (originally set for Fall 2018). Meanwhile, World of Color was supposed to return in June at Disney California Adventure, and then it was late 2018, but is now set for an undetermined return date in 2019, and of course, a month refurbishment of the Liberty Belle Riverboat turned into months.

Back in March, Disney decided to start charging guests for leaving their cars overnight at the resort they are staying at. Needless to say, no one had anything positive to say about this, but if you don’t believe me, there’s a few hundred comments you can read that were left by disgruntled guests. In the months that followed, Disney even started to station non-security cast members at security booths just to make sure the fees were being collected.

I know some guests were enamored with this project, but the laundry list of problems can’t be ignored. Slinky Dog Dash is certainly fun, and Alien Swirling Saucers is fine, but the problems really piled up here. Budget cuts to the project removed thematic elements, but more importantly, structures with interiors or offering shade were ripped away from the project. Guests were left to bake in the sun or be rained on while waiting in ride or character meet and greet queues for hours. If you weren’t in line when it started to rain, chances are you had to run all the way to Walt Disney Presents just to find some cover.

Additional problems with the integrity of plastic railings, urinals built at improper heights, and a lack of counter service seating plagued the new land throughout its first months. Beyond that, some guests weren’t enamored with the quality of what was built, equating portions of it to an “amusement park” or “state fair”.

Walt Disney World started the year off in the wrong way when video surfaced of guests dangerously riding to Epcot in a monorail where the door was wide open. 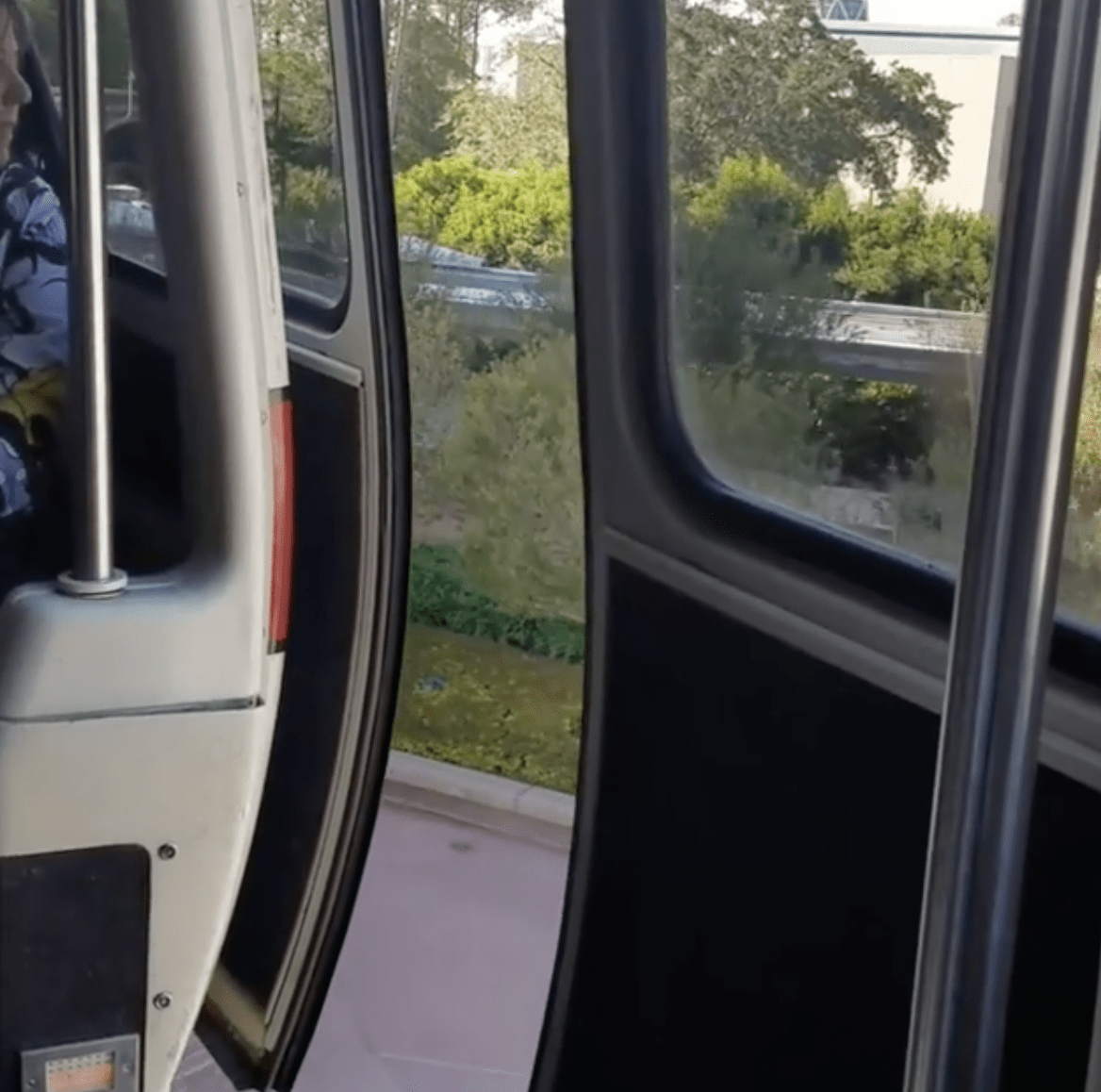 Since then, maintenance problems with the fleet have been constant, with another notable incident months later when a door flew off after being struct by an ECV. The question remains if and when Disney will replace the aging monorails, a question that only gets more pressing as time marches on.

Disney California Adventure didn’t start out as a great park, and Paradise Pier may have been a big reason behind that. It was a mostly unthemed, barren amusement pier the likes of which the Walt Disney Company should have never built. While measures were made to fix this during the park’s overhaul years ago by bringing in 1920’s Victorian-style architecture, the project was never really finished. What was the answer? DECALS!

How Pixar Pier is an improvement over what came before is beyond me. It was cheap, it was rushed, and it makes the area even more of a thematic mess than it was to begin with. Months after building an alien world in Animal Kingdom and in the midst of constructing the 14-acre Star Wars: Galaxy’s Edge, somehow, the company approved static statues of Incredibles characters as a fix for a roller coaster. It’s as if someone built a ride through a Disney Store display window.

Beyond that, an out-of-place box of fried chicken now sits on the pier, surrounded by other nonsensical oversized items, haphazardly repainted buildings representing the 1920’s, and a few leftover chunks from 2001 that it was too expensive to do anything with. Outside of some great snacks, the Lamplight Lounge, and some architectural improvements to the entrance of the land, Pixar Pier is a disaster and one of the worst projects we’ve seen carried out in the 11 year history of WDWNT.com.

As you can see, 2018 hasn’t been the best year for the Disney Parks, but hopefully we’ll see a turn around in 2019, especially with Galaxy’s Edge on the way.