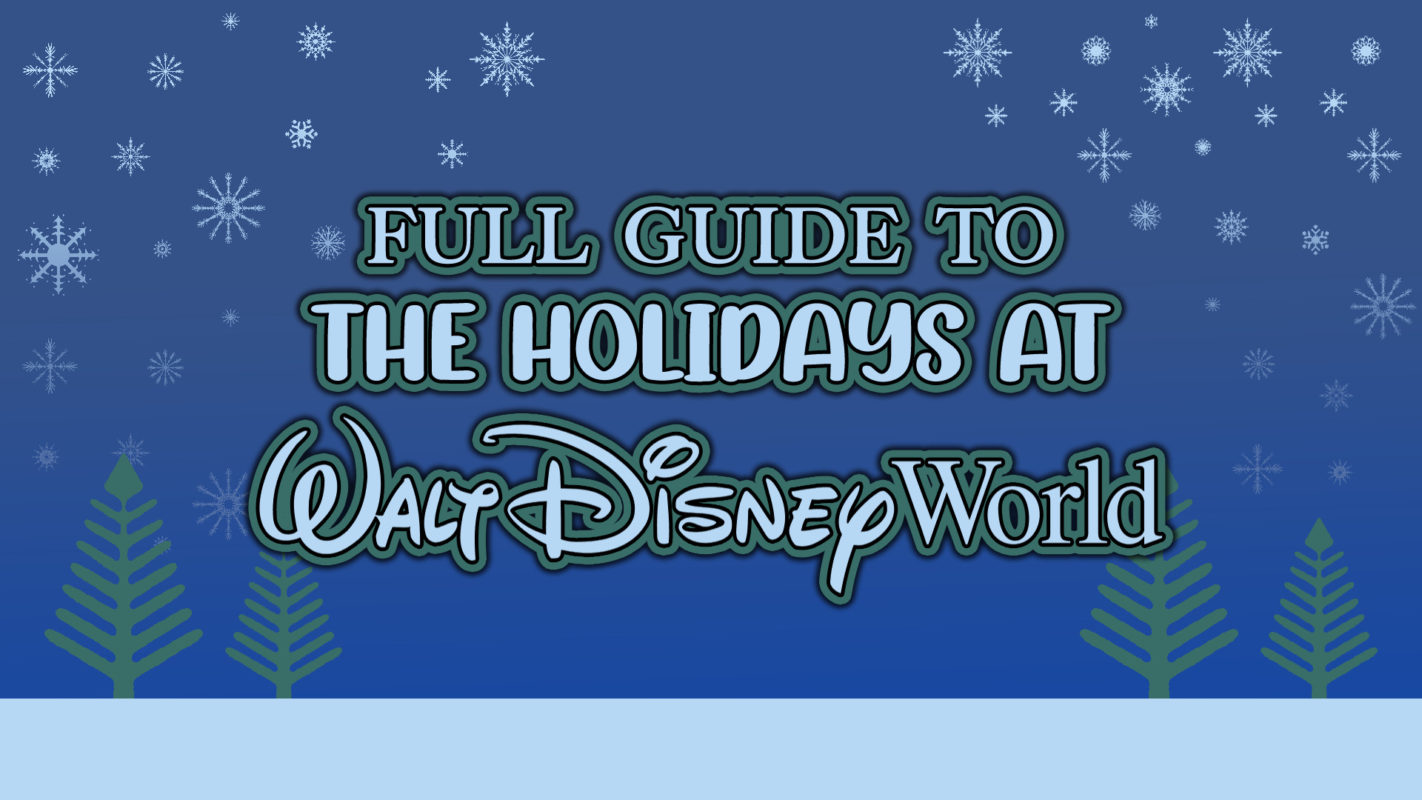 If you’re ringing in the holidays this season at Walt Disney World, we’ve got a full guide to every dish, drink, decoration, and more around the resort.

The park gets decked out for the holidays early, with the first decorations arriving the day after Halloween. You can find special touches everywhere in the Magic Kingdom, from Main Street, U.S.A. all the way to the Tomorrowland Speedway.

Mickey’s Once Upon a Christmastime Parade

Mickey’s Once Upon a Christmastime Parade will be performed from December 23 through December 31, 2023, at noon and 3:00 p.m. During those dates, Disney’s Festival of Fantasy Parade will not be performed.

When the sun goes down, Cinderella Castle is given a holiday makeover thanks to some projection mapping. These special patterns can be seen between Beacons of Light presentations.

A schedule for Santa at the Magic Kingdom has not been released yet, but Cast Members said they anticipate his arrival this month.

Mickey’s Very Merry Christmas Party is a separately ticketed event taking place at Magic Kingdom on select nights from November 8 through December 22. We’ve put together a full guide of everything at the party, from food to fireworks to character greetings.

EPCOT International Festival of the Holidays

EPCOT International Festival of the Holidays takes place through December 30. Check out our separate full guide to everything at the festival, including special food and entertainment.

The EPCOT Christmas tree is in World Showcase Plaza.

For its first holiday season, Guardians of the Galaxy: Cosmic Rewind has a special holiday music overlay.

Living with the Land – Glimmering Greenhouses

The Living with the Land holiday overlay, including lights and other decorations, has returned with a new name.

This ride doesn’t have a proper holiday overlay, but Figment does get his own “ugly” EPCOT sweater.

Aurora, Donald, Pluto, and Winnie the Pooh are wearing holiday accessories at EPCOT.

There are three gingerbread houses inside The American Adventure. Check out our resort section further down for the rest of the gingerbread displays at Walt Disney World Resort.

‘Tis the season for Santa Gertie! Decorations take over nearly all of the park, including special displays at Toy Story Land.

Old Saint Nick cruises around the park in style during the Santa Claus Motorcade, platooned by Pluto, a pair of reindeer, and a team of excited elves.

Buzz, Woody, and Jessie have special holiday accessories for the season.

So do Chip and Dale, who appear in front of Mickey & Minnie’s Runaway Railway sometimes.

For some musical entertainment, Sleigh performs a capella renditions of holiday classics and modern favorites five times a day on the stage in front of Mickey & Minnie’s Runaway Railway.

Nighttime turns The Twilight Zone Tower of Terror into a spectacular holiday display thanks to projections that transform The Hollywood Tower Hotel into a snowy village, wrapped gift, gingerbread house, and more!

Much of the decorations on Discovery Island are themed to the Merry Menagerie, with artistically-designed animals scattered around the land. DinoLand U.S.A., on the other hand, takes a kitschier approach.

Large animal puppets and musicians delight guests as they travel around Discovery Island, making for a wondrous winter backdrop.

Santa Claus can be found sailing on the Discovery River on a flotilla specially decorated for the big guy.

After sundown, the Tree of Life hosts two different projection shows, which alternate over the course of the night. One tells the story of the first snow, while the other shows animal frolicking in a winter wonderland.

World of Disney is set for the season, with festive holiday decorations matching the extensive merchandise collection being sold.

Check out our review of the new holiday items at Jock Lindsey’s Holiday Bar, like the Here “We Come A-Croquetting” turkey croquettes, the Grandma’s Revenge Venison Sliders, and the Claus-Mo cocktail!

The Kris Kringle and Krampus cookies are available at Gideon’s Bakehouse again this year.

This year, there’s a virtual queue to meet Santa, but once you’ve made it through, he’s always happy to meet guests in a traditional workshop setting at Once Upon a Toy.

Grab a map and head out to explore the Disney Springs Christmas Tree Stroll, with new offerings this year themed to the Guardians of the Galaxy, the Disney Wish, Encanto, and Black Panther.

Santa Claus has gone tropical at Disney’s Blizzard Beach, wearing a red Hawaiian shirt, shorts, and sneakers, along with a straw hat. He’s just one of the many special touches for the holidays at the water park, which include falling “snoap” and wreath-shaped inner tubes.

What are the holidays without some gingerbread? Take a look at the gingerbread displays at:

Most of the holiday merchandise is available at several shopping locations across Walt Disney World Resort, including the major stores of each theme park and resort hotel.

A small collection of Hanukkah merchandise is available.

Guests can take home their own “Merry Menagerie” plush puppets again this year.

This Christmas tree popcorn bucket is returning from previous years.

This bucket was previously available at Tokyo DisneySea and Disneyland Resort.

This special popcorn bucket is available at popcorn carts throughout Walt Disney World.

This snow globe sipper is available in Disney’s Hollywood Studios.

These pins match the ornaments, with designs inspired by the gingerbread displays at Walt Disney World resorts and EPCOT.

There is one ornament-shaped holiday pin for every Walt Disney World Resort hotel.

This limited edition door knocker is inspired by a scene from “Mickey’s Christmas Carol.”

Holiday sound effects have been turned on for several Disney Fab 50 statues. These sound effects can be activated with a MagicBand+.