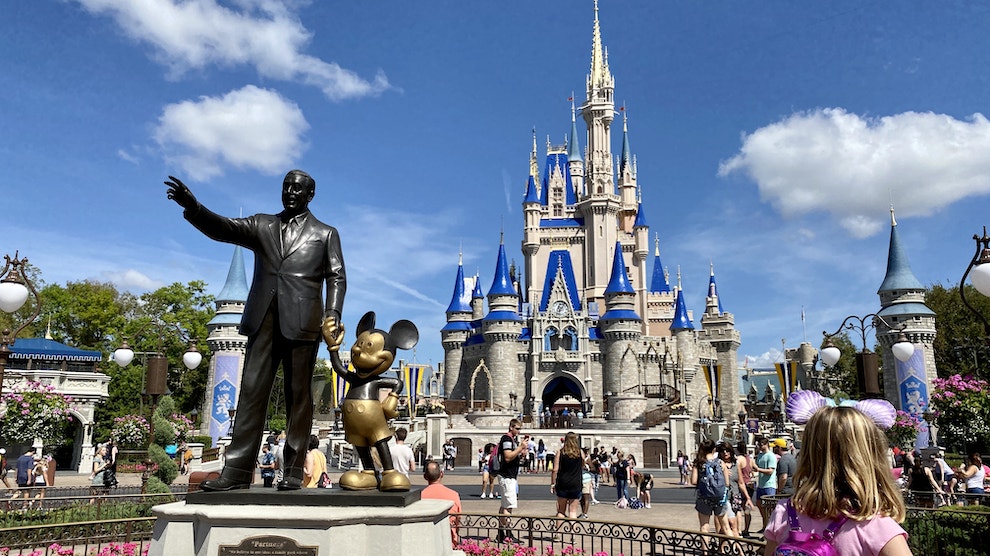 Every week is a busy week when it comes to Disney news. To help you keep up with all the updates coming out of Walt Disney World and other Disney resorts, here’s WDWNT’s weekly recap of the Disney news from March 9-15!

If you have been following our news coverage this week, you will be aware that currently all six Disney resorts across the world will finally close tonight, due to concerns of the Coronavirus pandemic. We’ve put together a summary of all of the effects this has had on each park this week, and stay tuned to WDWNT for all the latest updates as we await the parks reopening.

Following the announcement that a state of emergency was declared for Florida early on in the week, the Walt Disney World Resort announced it would temporarily close from Monday, March 16th. Annual Passes will be extended to equal the number of days the parks are closed, as will Tables in Wonderland dining memberships. When the news of the closures was announced, the resort website experienced issues with unavailability, however you can read the full, official FAQs posted by Walt Disney World here. The Walt Disney World Golf & FootGolf facilities are currently remaining open, despite the closures, and you can see the list of transportation options which are and are not available to guests here. The resort has donated excess food left over to a Harvest food bank in advance of the closure. The Disney College Programs, including Cultural Representative Programs, have been terminated, and cast members have been asked to vacate the Disney housing complexes within the week, although their blackout was lifted for Hollywood Studios on Sunday. On Thursday, it was reported by Reedy Creek Fire Department that seven of the Walt Disney World firefighters and EMTs were under quarantine. Before the closures, hand-washing stations and sanitation guidelines were installed throughout the resort, with locations for these stations listed on the My Disney Experience app. Earlier in the week, the Walt Disney Travel Company announced they would waiver change fees for vacation packages, in response to virus concerns.

It was announced on Thursday that the Disneyland Resort would be temporarily closing on March 14th. On March 13th, an emotional farewell was provided by Disney characters and cast members as guests left the park. Downtown Disney is currently staying open, however with adjusted, shortened hours at least until the end of the month. Before the closures, we noticed new signage was added to restrooms, instructing guests to wash their hands for 20-seconds. Likewise to Walt Disney World, annual passholders have been contacted to explain that their passes will be extended to equal the length of park closure. Disneyland College Program participant cast members have been sent home, as the program comes to a reluctant termination.

The Disneyland Paris parks closed from Saturday, 14th March, and will remain closed through the end of the month. The resort hotels and Disney Village followed suit, closing on Sunday 15th. Before the closure began, tents were set up between the parks, potentially for virus screening. Earlier in the week, outdoor shows and parades were suspended and capacity was limited at indoor venues, and nighttime spectaculars were cancelled to avoid the large crowd gatherings. The Annual Passholder “Disneyland Park Adventures” event, due to be held on Friday, was also cancelled. At least three cast members have tested positive for the virus this week.

Still closed due to virus concerns, the operating calendar for Tokyo Disney Resort is showing as “Undecided” through September, although the opening of New Fantasyland was said to be delayed until mid-May earlier this week.

Take a photo and video tour of the closed Hong Kong Disneyland resort, which has been closed since January

It was announced on Monday that the Shanghai Disneyland Hotel, Disneytown and Wishing Star Park will be resuming limited operations on March 9th

Flexible cancellations have been offered by Adventures by Disney, following trips having to be cancelled or modified due to international travel restrictions. Guests have been offered the option to move their bookings or receive credit towards future adventures. You can read the full terms here.

Now that voyages across the world have been cancelled through April 12th, Disney Cruise Line have been offering guests the choice of a full refund or credit towards a future cruise.

And now for the rest of the news reported by WDWNT this week….

Make sure you catch up on the News Today episodes from this week!

That’s all the Disney news for this past week! Make sure you check back at the end of each week for our weekly recaps!

Madeleine writes from somewhere near Manchester, England. You can say hey by emailing [email protected] or find me on Instagram @lily_mads30